I'll say this up front, because it's blinkin obvious now: I make a rubbish aviation photographer.

Hopefully on some of these snaps the fact that I only had one eye in the viewfinder, and that my camera - as decent spec as it was when new - isn't really up to the task of fast jets at a distance, won't matter as the subjects speak for themselves. 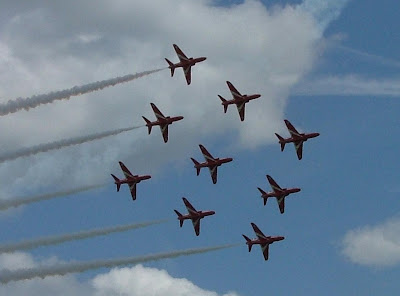 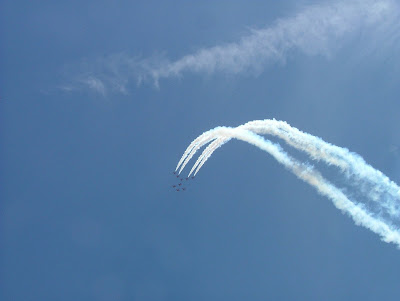 Photos don't do the Red Arrows justice. And Her Babyship was more excited by the fact that she was sat on the roof of the car than what she was up there to watch... 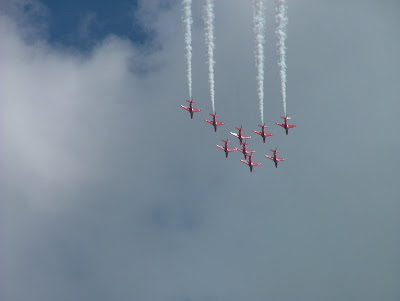 The trouble is, I don't want to be concentrating so hard on getting the perfect picture that I miss watching the excitement. Excitement like: 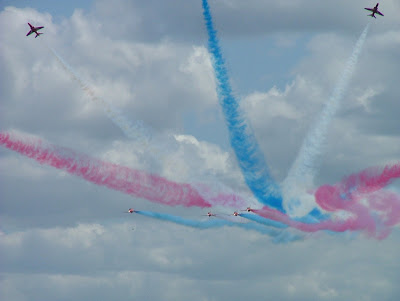 and, if you'll excuse the graininess: 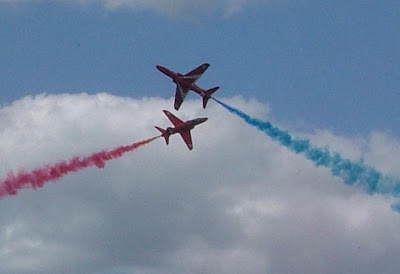 If anyone's interested in my poor attempts to keep up with the Eurofighter Typhoon (which sounds even more awesome than it looks) or some third rate shots of Spitfires or a Lancaster, say the word. But frankly, as good as they (and indeed the Red Arrows) were, they paled into near insignificance when this happened: 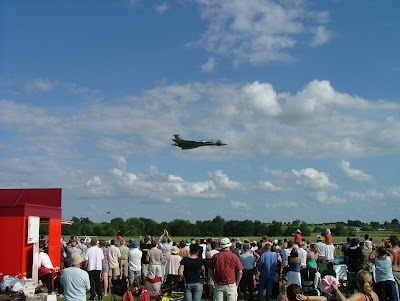 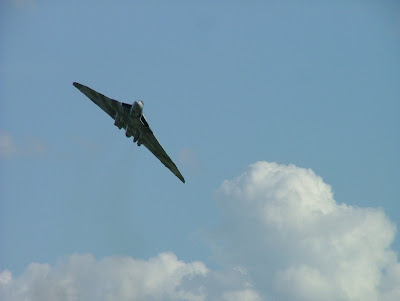 And that really will speak for itself to anyone with a passing interest in aircraft. She was due to close the show, but was brought on second to last... I kinda feel for the guys who had to follow her. 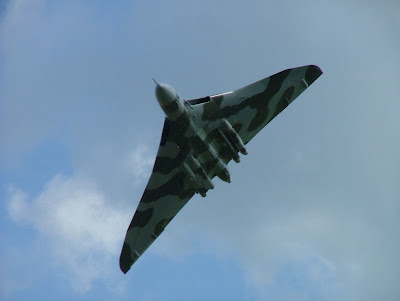