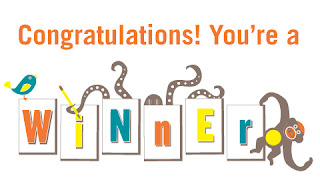 In fact I reached 50,000 words on Sunday night, and I'm taking a couple of days off writing (mainly to purge the bad word count raising habits I've picked up during November). I do intend to keep the writing momentum going, albeit at a less frantic pace for the next 11 months, with a couple of short stories and maybe an initial edit of a previous NaNo next on my to-do list, before I dive back into Project Seven in the new year, hopefully to salvage something from NaNoWriMo.
Posted by UKSteve at 9:58 pm No comments:

Well blogging on this subject has been even scarcer than actual NaNo words hasn't it?

Needless to say, progress has slowed somewhat this week. And last week. However, in an unexpected development last night (during a late night Write or Die session) an entirely new character shuffled onto the screen. I expected to just include him in the scene I was writing and move on, he was, after all, merely background material for the protagonist.

But then I realised he had not merely shuffled into the story - he had been chased there, pursued by a herd of rabid plot bunnies. I managed to beat off most of the bunnies but two stuck; I faced the stark realisation that actually I was telling the wrong story - something I had suspected for a while, but only now, 20,000 words in, realised whose story it was I should be telling. In the course of an hour, I had gone from having 19,000 words, most of which made some sort of sense together, to having a shade over 20,000 words, 18,000 or so of which were now completely redundant. And from having absolutely no sense of plot, to having two actually quite good and completely different directions in which I could take the story.

So, while I figure that out, at the moment my NaNo has a ridiculously long and convoluted Prologue, which will almost certainly never see the light of day, at least not in its current form.

Will I be blogging again this month? Well, I guess we'll see how the plot bunnies go on. Today, I think, will be another yellow day, but from tomorrow I'm going into overdrive in an attempt to get this thing written.

I have got to 12,000 words now, but at least 5,000 are already surplus to requirements, and honestly, at this stage I'm doubting if there will be anything salvagable at the end of the month.... I am starting to think that actually I can't write a normal story, I need some element of weirdness for it to work. And at the moment I have no clue what kind of weirdness will serve the story, so I'm struggling onwards until I figure that out...

Plus the day job is starting to slip and the house is totally feral already, but that's another story.
Posted by UKSteve at 6:18 pm No comments:

The Skin Map by Stephen Lawhead

As I mentioned in passing the other day, as part of the CSFF Blog Tour I was lucky enough to receive a free review copy of this book from the publisher, Thomas Nelson.

Which of course means that rarest of events: I will be reviewing the book during the tour!

I already mentioned that some of the plot devices and settings were (almost literally) right up my street, and if you throw in the opening line:


Had he but known that before the day was over he would discover the hidden dimensions of the universe, Kit might have been better prepared. At least, he would have brought an umbrella.

A great opening line for sure, but did it continue in a similar vein? Well, for the most part, yes. The story is a cocktail of historical, adventure, science fiction and fantasy. It tells the story of Kit Livingstone, who finds himself suddenly thrust into the family business of travelling across time and between parallel Earths by way of the extensive ley-line network, the only map of which known to exist was tattooed on the back of an earlier ley-traveller.

It also tells the story of Kit’s girlfriend, Mina, who follows him only to end up in Prague and invent Starbucks; I found these bits a little tedious at times, but Kit’s efforts to track her down (which soon got sidetracked by the efforts to track the Skin Map down) were fun enough to make up for it.

I have to admit that when Cosimo first appeared, I was reminded of something from a Thursday Next novel but without the jokes; and as for the whole ley-travelling thing, I wonder if Mr Lawhead has seen Jumper? They even have the same secret hideout near the Egyptian pyramids.

None of which detracts from what is, overall, a great story told well, with the possible exception of the slightly out of place ending. Neat twist, or deus ex machina? I’m not sure, but I’m willing to wait for volume two to get it explained to my satisfaction.

On the plus side, the info-dumps, such as they are, fit nicely into the story thanks to Kit’s utter ignorance of what is going on; and for all the time and dimension hopping and multiple viewpoint characters, the story was not hard to keep track of.

Definitely worth a read if you like historical fiction, adventure stories, time travel, or just Stephen Lawhead.

It's a popular form of procrastination among NaNoers to cobble together a soundtrack to their hastily written masterpieces, and in a completely unrelated post, because I do it every month anyway, in honour of Stephen Lawhead's The Skin Map I present ten of the best cartographically relevant tunes in the multiverse; otherwise known as the Top Ten Map Songs.

10. Sheeple & Electrobios: Map Quest
We kick off this time round with the obligatory 7 and a half minutes of electronica; not an especially inspiring, track, but sneaks in for the relevant title.

9. Marillion: Map of the World
There was a moment when I thought how awesomely relevant it was to have a band from Avebury in the top ten. Then I realised that Marillion actually formed in Aylesbury, which is not quite the same thing.

8. Raoul Sinier: Map For a Tactical Nonsense
Another little electronic number from the French artist who brought us Wxfdswxc2, Huge Samurai Radish, and Teenage Mutant Ninja Turnip. Well ok, I may have made one of those up.

7. Idlewild: I Don't Have The Map
I'm not sure if this is a direct quote from The Skin Map or not, but it's certainly a paraphrase. A Scottish indie-rock paraphrase at that.

6. We Were Promised Jetpacks: Let's Call This a Map
What's this? More Scottish indie-rock? Music venues in Scotland must be really hard to find...

5. Muse: Map of the Problematique
Completing the hat-trick of Scottish indie-rockers.... Just kidding, two is enough. And Muse are from Devon.

4. Deliverance: Map
You know, the references to where these bands are from was not intentional. I don't know where Deliverance are from, but being a Christian metal band, the do have a road map to heaven, and they're not afraid to sing about it.

3. Podge: Map of Life
Quite often while putting these Top Tens together I will run out of appropriate songs in my own collection, and just whack something like 'Map' into a Spotify search. Results can be patchy, but sometimes I'll find some little treasure I would otherwise have missed.... This is one of those.

1. Shonen Knife: Map Master
J-Pop meets The Ramones. I love Shonen Knife too... and who can fault an opening line like 'I have a poor sense of direction'?

OK, I have some important writing to do, so I'm afraid you'll have to google up your own links for the tunes, unless you're lucky enough to be able to spotify them. 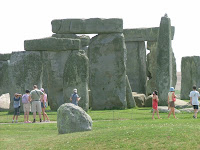 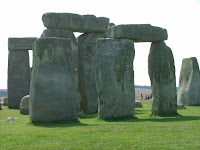 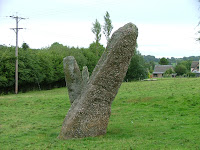 Hooray, it's finally November! And, almost 11 hours in, am I writing? Have I, in fact, written word one? No of course not, I'm procrastinating already by joining the NaNo blogchain. Fifty thousand words in a month just isn't challenging enough any more, so I have to make myself blog about the experience at the same time....

But seriously, I will be kicking off tonight, and although I still have no real idea of where the plot of my NaNo is going, I have my main protag in mind, and a few of the supporting characters ready to chip in when the story is ready, so I guess I'll just be following their lead for a while...

My plan for this evening, and indeed the next couple of days, is basically to get off to a flying start. I have a whole week at the end of the month to catch up and hopefully finish off, but I know that if I don't reach the daily target on the first couple of days I will get horribly demoralised and it will be tough to keep going. So, today I'm going for the protag's introductory chapter, which absolutely has to be at least 1,667 words long.