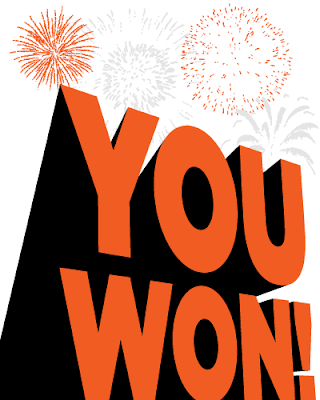 Now I have to catch up with real life before I can write a more detailed post about the Nano experience...
Posted by UKSteve at 9:18 pm No comments:

On top of which, I had to reboot the whole novel at the weekend when it suddenly occurred to me who my characters should have been all along, how they met, and why they would, in the revision process, become funny. Obviously one of them is a character who, for reasons as yet unexplained, believes that the entire universe has been created by a supreme being known mysteriously as 'The Author', who, for reasons ineffable, has to make the important sections of the life of his creation tellable in tales of at least 50,000 words, and this slightly eccentric belief causes him, on occasion, to break the fourth wall or speak in unnecessarily long and complicated sentences, not unlike the writing style this blog entry has adopted. You know you're a NaNite when your blog posts are twice as long as they need to be...

And speaking of unnecessarily long things, I managed to force a single sentence up to 100 words today, for no other reason than that of word count. The entire sentence is unnecessary, as are the ones either side of it, so enjoy it here, it won't make the revisions:

I mean, eight years ferrying incontinent old fools to and from the seaside, a semi competent restoration at the end of it, augmented by some heavy pimping and the addition of more 1980s computer hardware than Knight Rider would have been enough for even the hardiest product of the Rootes Group and its successors, but this poor example, not only had it been nick named, rather ruthlessly, The Ambivalence (a humourous reference to its prior calling in life), but it had then been thrown unwillingly into some kind of parallel dimension, not to mention twenty five years back in time.

NaNoWriMo: a license to write really, really badly.
Posted by UKSteve at 11:27 am No comments:

Despite not being on the list, and despite having a novel to finish (still languishing at 20,000 words), I thought it might be fun to join the Tour again. Or rather, to have the characters from my NaNo, DragonQuest, give their brief thoughts on Curse of the Spider King. So here they are, in approximate order of importance:

Spider King? Sounds like fantasy. Look, there's a castle on the cover. Prophecies, elves... Can’t bear elves. Sounds like a fantasy novel to me. I hate fantasy.

Unlike me, Ken has good reason for hating fantasy, which is revealed in the pages of DragonQuest.

THIS NOVEL CONSISTS OF 384 PAGES. I DO NOT CURRENTLY HAVE ACCESS TO SUFFICIENT MEMORY TO PROPERLY ANALYSE A WORK OF THIS LENGTH.

Fantasy. Mystery. Action. Humor. Parents, teachers, and librarians will no longer have to push kids to read – The Berinfell Prophecies will engage intermediate readers and leave them clamoring for more.

But I think he may have cheated and just looked at the blurb on amazon.

Hopper and Batson: two men lost. They shared a common dream – to create a world where creepy crawlies may achieve a better, richer and happier life; live the American dream; maybe even become as kings. And fate, a laughing fate, a practical jokester with a smile that stretched across the stars, saw to it that they got their wish, with just one reservation; the wish came true, but only in the Twilight Zone…

The Magical Mystery Tour is waiting to take you away.

What am I doing in your NaNo?

I think part of you must have been absorbed by osmosis when I nicked your title. Don't worry, you haven't appeared in it (yet), but I'm sure you're lurking in the background, making sure I don't tarnish your work's reputation too much...

This month the CSFF Blog Tour is looking at The Curse of the Spider King by Christopher Hopper and Wayne Thomas Batson.

And, as it's Tuesday... it is, of course, time for the Top Ten Spider Songs, chosen at great personal expense by a friendly arachnophobic:

10. Barenaked Ladies: Spider In My Room

There are surprisingly few well known songs about spiders. Well, there's the Spiderman theme, and Incy Wincy Spider, but we needn't sink that low when there are obscure album tracks like this one to start off with.
9. The Mission: Spider And The Fly

It wouldn't be a Spidery Top Ten without some nice goth rock now, would it?
8. Hawkwind: Web Weaver

I may have mentioned before that I like Hawkwind's brand of psychadelic space rock. This is from the brilliantly titled album Hall of the Mountain Grill.
7. Cylob: Spider Report

Time for a change of pace, and today's dose of electronica, which has R2-D2 on guest vocals. Probably.
6. The Who: Boris The Spider

Apparently this as Jimi Hendrix's favourite Who song. It must be true, it's on the internet.
5. Alice Cooper: I am the Spider

Mmmmm, mellow. It's from a film about a French footballer you know.
2. Brian Eno: Spider And I

Before and After Science was Eno's last (loosely) rock album before becoming the Godfather of Ambient, and it's a brilliant album. Spider and I is the last track, and nicely foreshadows some of his ambient work. I recommend a listen to the whole album.
1. Primal Scream: Insect Royalty

OK, I know spiders aren't insects, but the extra two legs make them like royalty to all the ants and such. But it was too close not to top the charts, especially as the album, XTRMNTR, is one of the Scream's best efforts.

This is a terrible week. I’m lagging behind in the production of a comic fantasy novel that is, currently, neither comic nor fantastic, and suddenly I have to drop everything and write a review of a finished novel, which may be one or both of those things. I’ve missed a couple of blog tours lately, and because Christopher Hopper is such a nice bloke (not so sure about Wayne Thomas Batson. I suspect he may be the slightly sinister member of the team. Possibly a super villain in disguise or something) I didn’t want to miss this one. Actually, I've just realised I'm not on the list, but what the heck, I'm wearing shoes, I'm sure they'll let me in.

So naturally, to keep the word count up, I will probably have to give one of my characters the task of writing an introductory blog on the subject. From a ZX81. In the back of a Dodge Spacevan. In Herne Hill. In 1984.

And that blog would probably say something like: This week the Christian Science Fiction and Fantasy Blog Tour (word count is everything, remember!) is featuring The Curse of the Spider King, book one of The Berinfall Prophecies by Wayne Thomas Batson and Christopher Hopper. Being, as it is, a young adult fantasy novel, The Curse of the Spider King is bound to have plenty of both humour and fantasy, two things sadly lacking in my life right now, and probably lots of action, plucky teenage heroes and heroesses, epic battles between good and evil on which the fate of the world depends, and some elves. It wouldn’t be a huge leap of logic to assume that there are spiders of some sort in there as well, possibly led by some kind of monarch.

What do you mean, it sounds like I haven’t read it? Of course I haven’t read it, I’ve been too busy working on DragonQuest (a NaNovel) to read, well, anything, really. Lucky for you then, that there is a whole blog tour dedicated to The Curse of the Spider King this week, most of which has probably been written from the 21st Century. By people who have at least read some of the book. There’s the signpost up ahead, you’re next stop…

Week Two has been a bit of a bust. I did pass the 25% mark a week ago, but then Monday was a zero word day due to Her Babyship having a spontaneous nose bleed that just wouldn’t quit until we arrived at the hospital...
And the next few days were a bit slow, with an expected interruption at the weekend but even after spell this afternoon I have only reached 15,000 words...
Things, it seems, could be going better.
Posted by UKSteve at 11:30 pm No comments:

When I was going to stop this evening, it was so close to the 10k mark, that I just had to push on. The last few days have been slow, largely due to them being work days, but I managed to pull a 2000 word day today, so I'm not too far behind. I still need to be topping 1700 a day, but that's not so bad.

It is, unfortunately, depressingly bad. The plot is incoherent, the cast is completely wrong, the jokes are missing in action, and the whole thing sucks on several other levels. I managed to drag 2000 words out today by hammering an old idea, involving Rod Serling from out of the Twilight Zone, into more or less the right shape to fit my NaNo story. Still, there should be some comic potential there if I can ever bring myself to edit this rubbish.
Posted by UKSteve at 11:17 am No comments:

I'm over a day behind target now. But that's ok, because I've struck upon a brilliant idea: have a half price sale at www.stevetrower.co.uk, and spend valuable writing time packing books and running to and from the Post Office!

So, for the duration of NaNoWriMo (aka November), you can pick up a copy of Countless as the Stars for £4.50 including UK p&p, or £6.99 including worldwide p&p.

Stock up for Christmas. Please, if I don't need to keep going out to buy Jiffy bags I will be forced to continue writing the utter drivel that is DragonQuest....
Posted by UKSteve at 11:06 am No comments:

I thought it was going to be a disaster.

I thought I was getting off to such an abysmal slow start that there would be no coming back.

But, incredibly, it picked up. Late at night on November 1st I got some kind of inspiration and started banging words out. At a quarter to midnight I got Chapter One finished, at a length of 1,666 words. (NaNites will realise the significance of that immediately; for anyone else, the clue is that I'm aiming to write 50,000 words in 30 days.)

Day two went off similarly well, such that I am now a few dozen words ahead of target, and only marginally more sleep-deprived than I otherwise would have been.

There is, however, a problem. This much is inevitable. The problem is one I knew I would come up against: my comic novel isn't funny. Still, I think it's a fun premise, and hopefully once I get to know my characters and figure out where the plot should be going, I'll be able to edit the funny in later.
Posted by UKSteve at 7:06 pm 1 comment: