Hmmmm let's see, we need a sci-fi song for the week before Christmas. I wonder if we could possibly find something suitable, possibly involving Fountains of Wayne....

I always knew this. That's why I wrote Countless as the Stars. But now the nice science & sci-fi gurus at io9.com have said it too, so it's about as official as it's going to get (probably):

Adding 'in space' to anything makes it better!

A case in point: 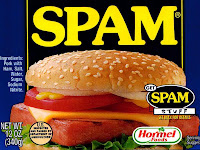 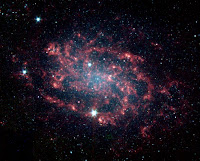 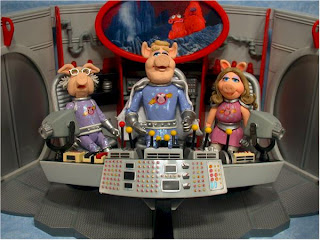 So there you go. Um, not to say that Countless as the Stars is actually better than the original... oh dear, ever wish you'd never started down a train of thought?

Still, there's time to get part one of The Bible: In Space (at least, if you live in the UK) before Christmas and make up your own minds ;)

It makes a great gift too.
Posted by UKSteve at 9:58 pm No comments:

Let's see, we need a sci-fi related song - I'm feeling a little space-y this week - for two weeks before Christmas. I feel sure thing exists - perhaps in Japan...?

Posted by UKSteve at 1:00 pm No comments:

So today concludes the blog tour for Corus the Champion by D Barkley Briggs, a book I haven't read, but don't take that as a bad thing as my opinion of fantasy novels is rarely a good indication of how good they are.

I have, however, read some of the blogs on the tour, and there's a lot of people saying a lot of nice things about it. Here are just a few posts that may be of interest:
Shannon McDermott digs into the religion in the story;
Bruce Hennigan compares it to Tolkien, no less;
John Otte gives us a writing prompt (sorry, I don't think I'll be taking that one up); and
Mharvi points us in the direction of a rather large blooper.

You should also check out the author's website, and his blog, and then all the rest of the tour participants listed at the foot of yesterday's post.

Labels: CSFF Blog Tour, I should really have a fantasy tag but I don't want the stuff taking over, Reading matter

Tuesday Tunes: The Chorus of Champions

You see what I did there? It's the blog tour for Corus the Champion

, see, and it's Tuesday, which means tunes, so... Anyway, here's the Top Ten Champion Choons.

10. Top Cat: Champion Deejay
One of Hanna-Barbera's more enduring hip-hop artists, despite initially having to change his name to Boss Cat in the UK for copyright reasons.

9. The Low Anthem: Champion Angel
You know, now I come to think about it, I'm not actually sure Hanna-Barbera even had a record label.

8. Hypnotic Brass Ensemble: Champion
I can say with reasonable certainty that no Top Ten has yet had 3 and a half minutes of, well, brass, but who knows, we could be setting a precedent.

7. Hammerfall: The Champion
Because you gotta love Swedish rock music. Unfortunately this track is about a minute and a half longer than strictly necessary.

6. The Polyphonic Spree: The Championship
Continuing the quest for eclecticism, have some choral symphonic pop rock. At least, that's what the interweb calls it, but I'm sure it was wrong about that Top Cat thing.

5. The Chevin: Champion
There's something a bit U2 about this track, at least if you cover your ears and squint.

4. Reverend and the Makers: Heavyweight Champion of the World
And he's probably not even a real vicar, just some bloke from Sheffield, whatever the interweb tells you.

3. Fatboy Slim: Champion Sound
The bloke doing the vocals on this is Lateef the Truthseeker. I wonder if he knows Top Cat?

2. Wire: Champs
That's more like it: good old fashioned British punk rock. It might be less than two minutes long, but at least you know where you stand.

1. Jonathan Coulton: We Are The Champions
Well if the interweb is to be believed, this was really written by some bloke called Freddie Mercury, but we all know how reliable that is, so here's the original version by the original geek-rocker.

Spotify the Top Ten now - you know it makes sense.


Sci-fi Song of the Week

Because he finished our Top Ten, and because it just ain't Christmas 'til you've heard Chiron Beta Prime.

Posted by UKSteve at 9:02 pm No comments:

As a way of easing myself back into the world of blogging after an intense month of novelling, and prior to easing myself backout of it again for Christmas, there is a conveniently timed CSFF Blog Tour, for, as the more astute reader will have realised, Corus the Champion

Corus the Champion is the second title in the Legends of Karac Tor series, which Briggs wrote as a tale his four sons could relate to as they dealt with the loss of their mother. The Legends of Karac Tor tells the tale of four brothers who, 'while struggling to adjust to life without mom, become enmeshed in the crisis of another world. Along the way they must find their courage, face their pain, and never quit searching for home.'

I've made this point before, when the tour happened upon the first book in the series, but I'll make it again because it's a good point (and also I haven't done the homework). The point that strikes me about that is how the author used his talent to help his kids, and by extension, others in the same situation - thus bringing something good out of a bad situation.

We writerly types are always encouraged to write about what we know, and as I've taken a look back over the editorial notes I've been carefully excising from my NaNo script, I'm seeing ways I can use my own bad situations to add depth to that story (as I tried to last year, with the first draft of Project Seven, which will likely never be revived). Writing for me is sometimes a therapeutic attempt to work through my own dark side, and if at the same time I can help someone else out of the same situation - or stop someone getting into it - then it helps me make sense of it.

And, just maybe, it will show that even writers of fantasy novels can make a difference.

Labels: CSFF Blog Tour, I should really have a fantasy tag but I don't want the stuff taking over, Writing 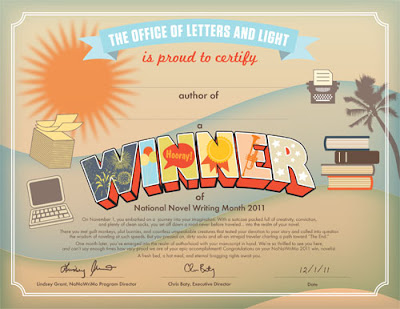 Now all that remains is to unlock my inner editor, and set about the second draft...
Posted by UKSteve at 8:47 pm No comments: